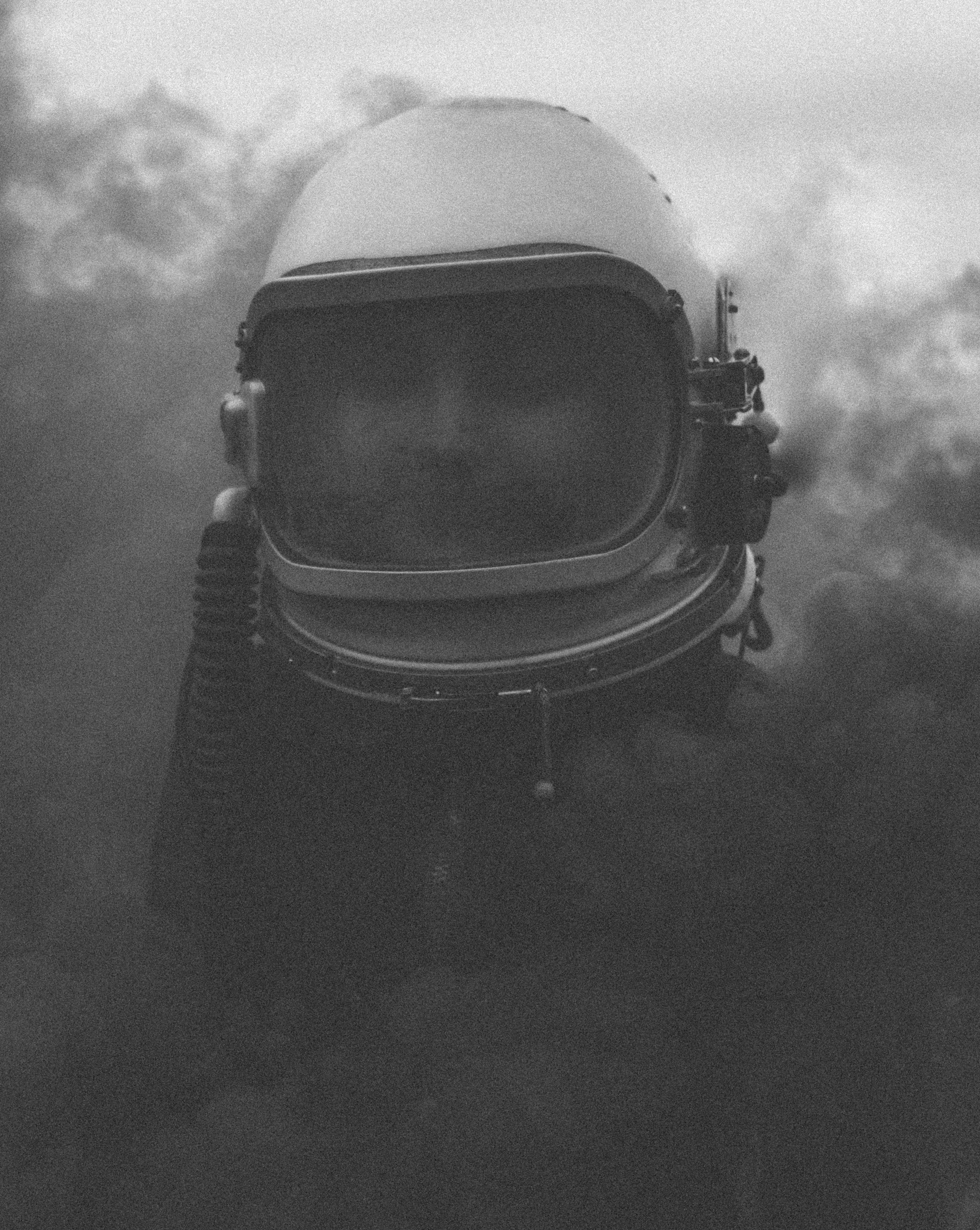 The slap of my boots against worn concrete echoes hollowly in the too-silent hotel stairwell. The quiet means the fans are out, and if the fans are out the gases they keep to the lower floors will rise and kill everything they blanket—and dead guests are bad for business. There are few enough as is.

Worse, on the seventh floor I find sparking wires where the alarms should be. If some asshole’s gonna tamper with one of the few habitable buildings left in this entire damn city, did it have to be mine? Ugh. I adjust my mask and keep heading down—there’s no time to warn everyone individually, so I’ll just have to be quick.

Very quick, I realize, when I step onto the fifth floor and gases swirl around my boots. The fans usually keep them down to the second floor at the worst—damn it! I wish the silence had woken me sooner.

I’m not surprised when I find, in the basement, a heavy wrench tossed into the fan blades. Disgusted, but not surprised. At least it’s an easy fix; I shut the system down and retrieve it, but when I turn back, the weirdest of my long-term guests is waiting by the fan controls, maskless.

“Look!” he says before I can tell him he’s an idiot. He holds up a small, whirring device—the air around it is visibly clearer. “I made a working purifier!”

God, can this day get any worse?

I swing the wrench and the purifier scatters all over the floor. He starts coughing—the gases work fast, and who knows how much he’s already breathed in? I look away until he collapses, then step over him and start up the fans again.

“Sorry. Dead guests are bad for business,” I tell his writhing form. “But fresh air’s worse.”

This one’s been sitting around for a while! I think I’ve gotten a lot better at this since I wrote this one… but I still like it. 🙂

Check out the other blog hop participants, too!

Bad For Business, by Gina Fabio (you are here!)

The Last Friday, by Raven O’Fiernan

Lost And Found, by Angela Wooldridge

Field Trip to the UFO Museum, by Bill Bush

The Monster Under The Bed, by Nic Steven

Scary Monsters and Other Friends, by Lisa Stapp

Morning Has Broken, by Katharina Gerlach