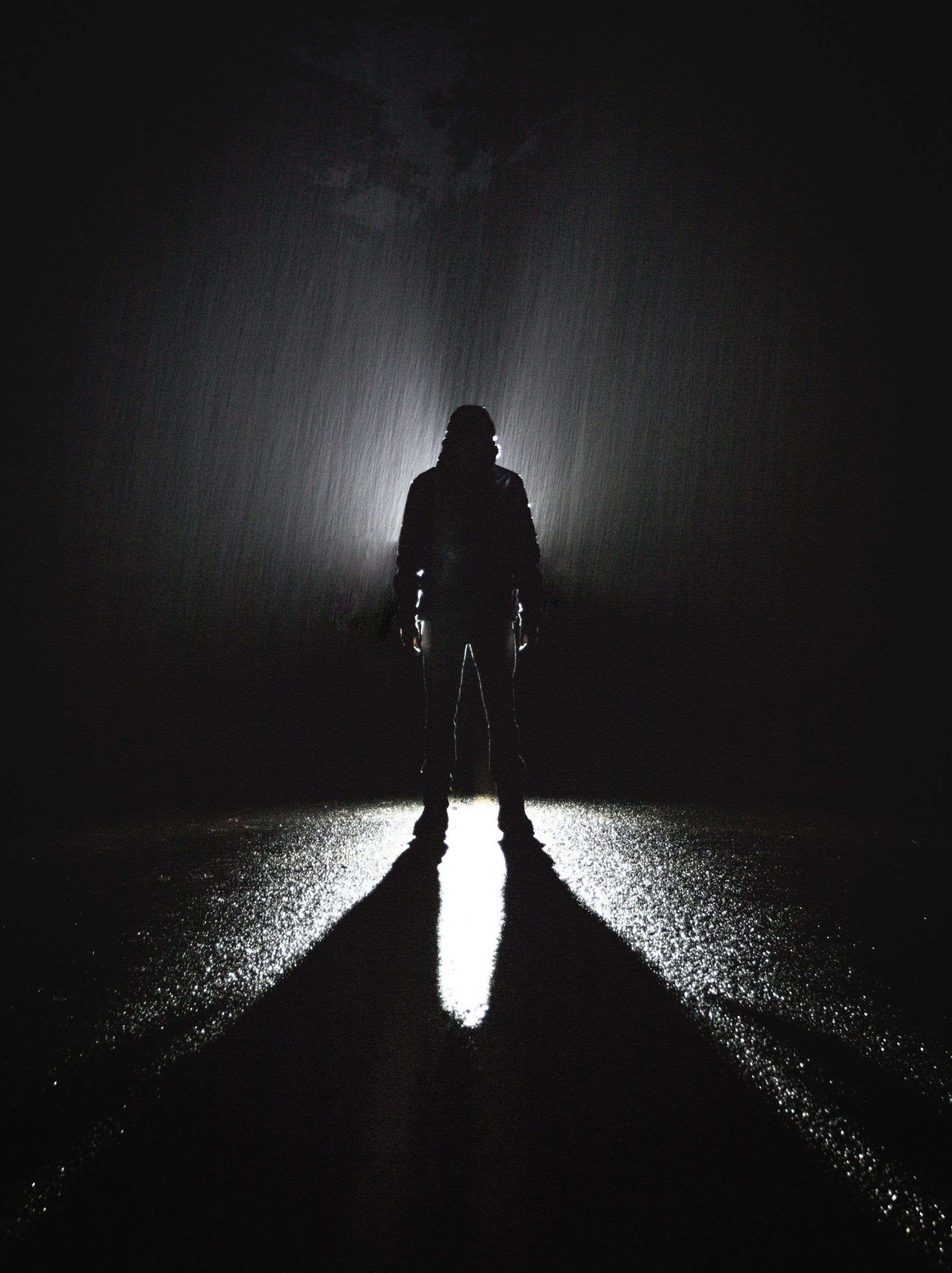 Terin crouched in a doorway, hands over his mouth to muffle his panting. He’d finally shaken the Enforcers; they were still prowling but they couldn’t see him where he sat, still and quiet in the night-black.

Him, of all people, a rebel! But it wasn’t as if he could argue his innocence; if they came for you, they’d already decided.

Regardless, he couldn’t stay here all night. Carefully, slowly, he reached up to the door handle above his head.

It didn’t turn. The door was locked.

He swore silently. The buildings here were all supposed to be abandoned; it figured he’d find one that hadn’t been broken into already. Now he had to step out into the empty alley and get to the next building without being seen… or risk the light of a spell to unlock the door.

Footsteps–heavy, and with the distinct clank of chains. They paused at the head of the alley and a beam of light swept across the pavement, barely missing Terin’s arm. He didn’t move, didn’t breath–then the footsteps resumed, back down the road.

He couldn’t risk trying another door. He didn’t think his legs would carry him even if he could go unseen. But maybe, if he was quick, and lucky, if they saw the light they’d think it was another of them, and…

Well, he hadn’t been lucky so far. But he could be quick. If he got inside, he could find a better place to hide.

He took a deep breath and leaned out to peer up and down the alley. No one here but him, and none of the heavy thump-clank of Enforcers nearby. Now or never.

He gestured quickly, light trailing around his hands, and the door clicked open–and someone shouted. Heart in throat, he slipped inside, shut the door behind him, and locked it. There was already clanking down the alley.

And he turned, and found a building that was very much /not/ abandoned. A stove flickered eerily in the room’s center; around it, a handful of black-clad figures, casting looming shadows.

He froze for a breath; then one of them whispered, “Here!” and shoved aside a dusty old rug to reveal a trapdoor. Another took his arm and guided him there as the stove was put out; beneath the door was a safety-symbol painted on the concrete, pointing down a low tunnel lit by dim mage-lights.

Of course the door was locked, he realized numbly, as he dropped down onto the symbol. There was something here worth hiding–or at least, worth the warning of a break-in. A rebel hideout.

Whatever he was before, the Enforcers had made him into a rebel now. Might as well embrace it.

1. Trail Of Carnage by Jemma Weir
2. A Phoenix In Hell by Sabrina Rosen
3. Friends Of The Deep by G. Craddock
4. Collateral Damage by Nic Steven
5. A Ghost’s Life by Barbara Lund
6. A Startling Revelation by Bill Bush
7. A Hiding Place by Gina Fabio <- You Are Here!
8. A Family Reunion by Katharina Gerlach
9. Better Off Alone by V. S. Stark
10. A Day In The Life by James Husum
11. Nothing To Show by Elizabeth McCleary
12. Super Grammy (Radioactive Breakfast Cereal) by Vanessa Wells
13. Bone Killer by Juneta Key
14. One More Time by Karen Lynn